For an optimal site experience, we recommend using a different browser.
Using Internet Explorer may prevent you from accessing Chubb.com, and some site features may not function as expected. 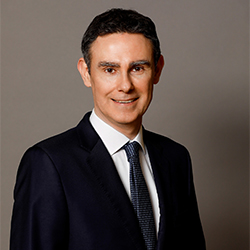 ‘Captives are an extremely powerful tool for the management of major insurance programmes, particularly in the context of multinational programmes’

For decades, insurance and reinsurance captives have been part of the risk managers' arsenal for financing their risks. However in recent years, captive use has been challenged by the growing complexity of the regulatory environment - Solvency II, Base Erosion and Profit Shifting (BEPS) to name two   - and a long decline in prices in traditional insurance markets.

But today, as the insurance market continues to harden , the observation is as follows: the captive concept is once again becoming more attractive and relevant for many large corporate risk managers.

So why is this happening? What makes the captive such an effective tool for risk managers and what is the role of an insurer in the success of a captive programme?

Before we get to this it is perhaps pertinent at this point to define what a captive is:

Captive insurance is effectively self-insurance. A captive insurer is an insurance or reinsurance company owned and controlled by its insureds whose sole or main activity is to insure the risks of its parent company. While some are based in the country of their parent company, most captives are domiciled in countries where the regulatory environment facilitates the creation and management of these special vehicles. In Europe, Luxembourg and Dublin are often found as specialised centres, but there are other jurisdictions around the world.

Captives can have many advantages for large corporations:

* Smoothing the effects of insurance cycles over the medium term.

Why have captives been called into question?

In the recent past, captives have faced a number of headwinds.  Solvency II saw many players in this sector fear greater management complexity and this led to a halt in the growth of captive creation, particularly for mid-sized companies, which are still poorly equipped.

However, one of the most significant impacts on limiting the development of captives comes from the traditional insurance and reinsurance market. The almost uninterrupted decline in insurance rates for more than a decade, worldwide, and particularly in most Continental European markets, limited the interest in using a captive. Why expose the balance sheet of a captive when there are insurers ready to underwrite a risk at an aggressive price?

Despite this, captive use has continued among large groups, sometimes for reduced exposures, as this remains an extremely powerful tool for the management of major insurance programmes, particularly in the context of multinational programmes.

Are we entering a new era for captives?

For several months now, with the turnaround in the insurance markets, we have seen a revival in the use of captives in our policyholders' programmes.

This is demonstrated by increases in the exposure assumed by the captive, allowing customers to raise the attachment point of their excess programmes, and thus impact the price of these lines. But there are also new entrants looking to create a captive, or to house new lines of insurance.

Many of these policyholders turn to their traditional insurer to help them integrate a captive into their insurance programme. This integration involves significant work, particularly in a multinational programme, and not all insurance companies are equipped to meet the specific needs of captives.

Chubb is a key player, in different parts of the world, but particularly in France, for the deployment of multinational captive fronting programmes.

Fronting is the use of a licensed, admitted insurer to issue an insurance policy on behalf of a self-insured organization or captive insurer without risk transfer.

Over the last few years, we have implemented programmes of great scale and complexity. Some require the issue of more than 100 policies in more than 70 countries, others require the management of more than 500 claims per year in some 50 countries. For another client we have managed claims activity exceeding 100 million euros since the beginning of the captive programme.

This expertise is provided by dedicated and specialist senior teams, capable of adapting programmes to the needs of captive owners. We are constantly listening to our clients to respond to their needs and changes. In addition to human and expert support, clients have access to high-performance tools to follow almost all the information on the deployment of the multinational programme live and in total transparency. Through  Chubb’s WorldView internet portal, they can access copies of local policies, status on the issue of invoices or policies, claims reports, etc.

Expertise and technology do not stop there. Digital innovations are also used to make exchanges more secure and fluid between the various participants in a captive editing operation. For example, Chubb has successfully implemented and went live with a blockchain process with one of its clients for the payment of premiums as part of an international insurance programme. Improving premium cash flows between the local insurance network and the captive is a major challenge for our clients. In this case, the use of blockchain is a solution that perfectly meets their needs. Although at an early stage, we see in these technological efforts Chubb's ability to accompany its customers in the coming years to master the various tools at their service and manage their group's risks.

There is no doubt that the captive will remain a specialised tool in the risk management strategy, particularly for large groups but also for Upper Middle Market companies looking for international growth relays. This is a particularly topical subject in France, where the Ministry of Economy and Finance is reportedly considering facilitating the creation of some captive companies in France*.

Be assured that whatever measures are put in place, Chubb, in France, as elsewhere, will be there to support its clients in the efficient deployment of captive multinational programmes.

*(SOURCE: Challenge article N°668 1/10/2020: "At the Ministry of Economy and Finance, the General Directorate of the Treasury is working on a text that would facilitate the creation, in France, of "captive" companies, allowing companies to insure their car fleets against accidents or the civil liability of their executives. A document is to be proposed before the end of the year".